Explore the beauty of Siena in Tuscany while watching some incredible cycling on the famous white gravel roads of the Strade Bianche. Ride on the course and cross under the official finish line just hours before the Pros on our cross the finish experience on Saturday. Take photos on the official podium and await the arrival of the riders in style from our finish hospitality venue in Siena. We offer a choice of start pen including front pen for the GF Strade Bianche.

The Strade Bianche Gran Fondo and Pro race weekend usually takes place early March. The Strade Bianche is one of the most popular cycle races on the circuit with its unique character and fantastic location in and around Siena in Tuscany, Italy. Even though the race has only been taking place in the last 10 years, it attracts a lot of attention and was added as a UCI World Tour event in 2017.

This weekend offers you the opportunity to ride your bike with us on the Saturday to watch the 2022 Strade Bianche and to then cycle the 2022 Gran Fondo Strade Bianche on the Sunday.

2 available routes both with departure and finish line to Siena.
The long route is the same of the Women élite race.
The short road is the same until to Murlo, where he takes the right with a dirt road sector and a descent to Monteroni d’Arbia.
The last kilometers are the same for both routes.

The Strade Bianche is a road bicycle race in Tuscany, Central Italy, starting and finishing in Siena. First held in 2007, it is raced annually on the first or second Saturday of March. The name Strade Bianche (Italian for White Roads) stems from the historic white gravel roads in the Crete Senesi, which are a defining feature of the race. One third of the total race distance is raced on dirt roads, covering 63 km of strade bianche, spread over 11 sectors.

Despite its short history, the Strade Bianche has quickly gained prestige. The event is part of the UCI World Tour, cycling’s highest level of professional road races. It is organized by RCS Sport – La Gazzetta dello Sport, and is held the weekend before Tirreno–Adriatico as an early spring precursor to the cobbled classics in April.

Welcome to the 3ª edition Ocean Lava Puerto del rosario – Triathlon Fuerteventura ,next October 8 and 9,2021.The race will be performed in the town of Puerto del Rosario.

As in previous years we are preparing with great enthusiasm this event for athletes, families and spectators so that they feel comfortable.

You have to performer 2 laps to a circuit of 750 mts, each lap.
Place: Playa de Los Pozos

It will be performed in a circuit of 2,5 KM each lap.The race will be four laps. 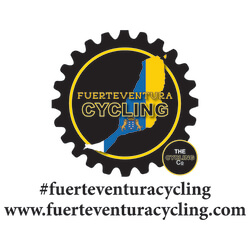 The text on your website can make a huge difference to the websites success.

If you are not comfortable writing the content yourself, or do not have the time, we would suggest our Content Writer package.

This service is a great enhancement to your website, whereby one of our professional content writers creates all the text content for your website. Many clients have taken advantage of this service, especially as it’s heavily discounted for WebCreationUK clients.

You do not have to use this service, but clients who have, may find their site performs better on the search engines and makes it more likely that your site will bring business.